Also in 2015 is the users a new version of the popular Adrenalyn XL ™.

The popular Adrenalyn XL ™ convinced this year with a new look and many new features.

As known from the previous versions, let users use their favorite football players of the Spanish Liga BBVA to compete with other users.

A special highlight this year is the Saga mode in this the user competes against 22 computer opponents. Depending on how strong he defeated the computer opponent he wins such prices as coins and cards.

Lets the user a player card in more than 10 games to take a day, tired and this card is only playable again after a certain time. You can buy fatigued player cards back in the game via the new Doctor feature.
If a time out the coins, you also have the option to buy more coins in the shop via PayPal.

To allow the user the full game play, there as last year again a Mobile App which includes all features of the desktop version. 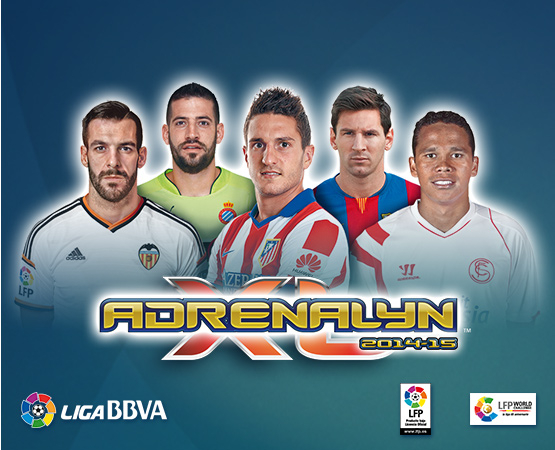