Another stunning mobile version of the exciting online game Neopoly developed for Panini. Users dispose of a stack of cards by which they can compete with other users. They set up a football team with special values on every position. The game is played in eleven rounds.

After registration, the user gets 14 initial cards. These cards will be picked by a special algorithm: His team contains 1 goalie, 4 attackers, 5 midfielders and 4 defenders in a basic line-up (3-4-3) with the best possible players from his initial squad.
Starting from the locker room, the user can now challenge other users’ teams and win cards from them. By picking a card from the own team which is invisible to the other user a challenge can be posed. The other user then decides which card will compete. The winner of the round can decide with which card to continue. The winner after eleven rounds will receive points. 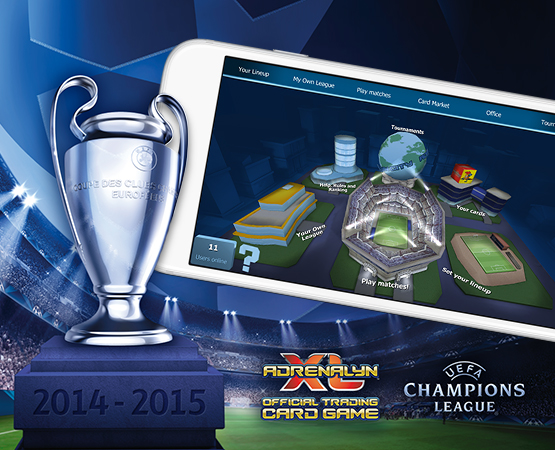